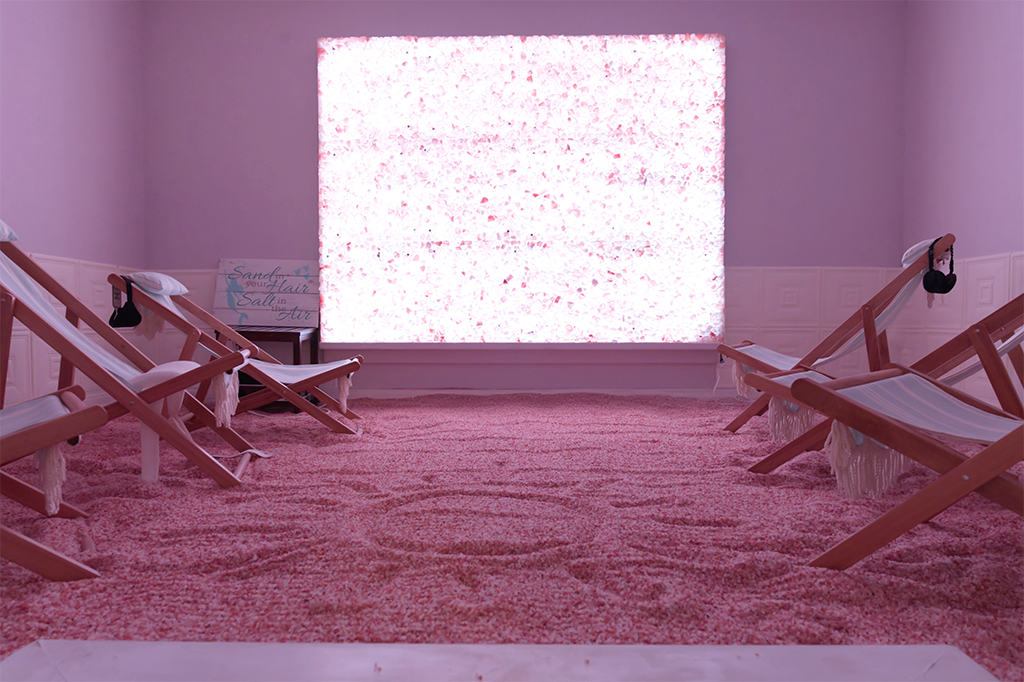 We provide a 15 min complimentary Salt Therapy Session with every Massage or Facial Appointment at LaCURA Salt Spa.

For a 45 min Focused Salt Therapy Session the cost is $35.

Salt therapy, also known as halotherapy or speleotherapy, is a 100% natural, drug-free, non-invasive, and effective treatment used for a wide range of health conditions and ailments.

Our bodies' salt levels affect our cellular activity, energy, and blood sugar levels through diet and the foods we eat. When inhaled the microscopic salt particles enter our nasal passages and lungs reducing inflammation and clearing mucus, positively impacting our ability to breath. Halotherapy has some key health benefits, many of which are centered around the respiratory system and immune system, however, salt also has many benefits for our skin and, and mental health issues.

Salt comes in many forms. The salt used at LaCURA is pure Himilayan crystal salt. Himalayan or Dead Sea salt is the most pure, beneficial and cleanest salt available. Salt in its pure form contains over 80 elements and trace elements found in our bodies and the most easily absorbed.

Some of the Key Benefits include:

Good for You...Both Inside & Out

While salt therapy does a lot for our respiratory and immune systems, it also has many benefits when it comes to our skin health. The minerals found within the superfine aerosols of salt therapy have strong rejuvenating properties. It can improve rashes, acne, eczema, and hydration.

At LaCURA, our salt room utilizes a halogenerator which blows microscopic particles of pure Himalayan salt into the room. These super fine particles are able to reach deep in to the airways and bronchials, greatly assisting in the relief of inflammation and congestion through your sinuses and lungs.

This allows for a reduction in illness, allergies, irritation, and inflammation in the respiratory tract. The detoxifying and cleansing effects also support the immune, nervous, and lymphatic (infection control) systems. Salt also aids with Speleotherapy which is therapy for our respiratory system. It allows us to breathe in mineral infused air that results in an important detox for our lungs and other respiratory organs 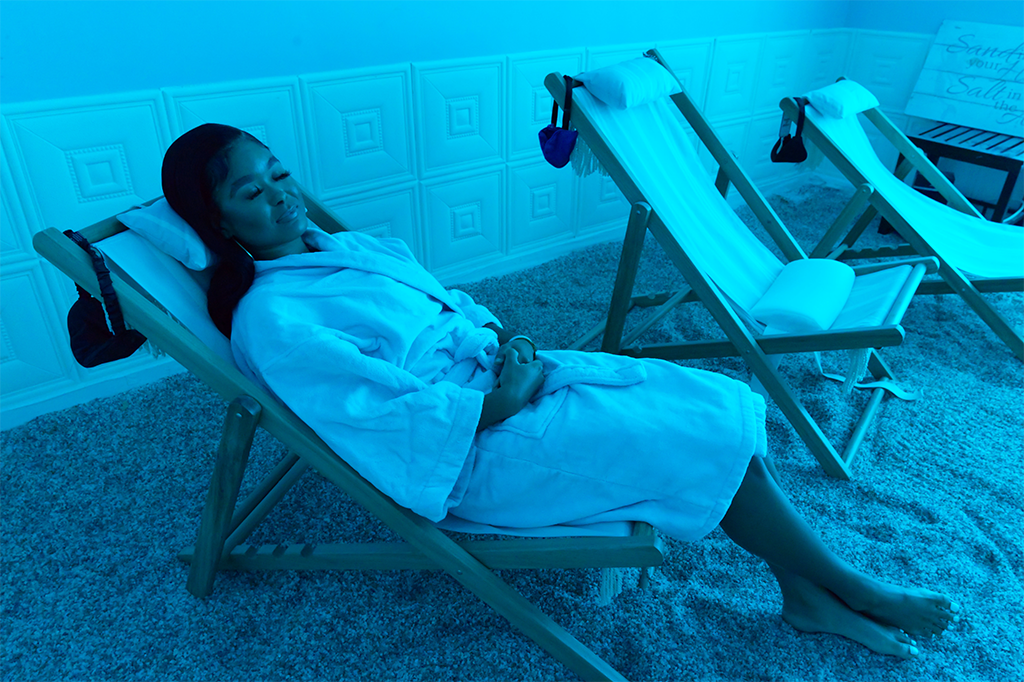 FAQ - Here are some answers to commonly asked questions we hear from clients.

What is salt therapy? Salt therapy, also known as Halotherapy, is a drug free, non-invasive treatment that improves health problems you may be experiencing such as asthma, allergies, and some respiratory illnesses.

How does salt therapy work? We use dry Aerosols of salt that are blown from a salt atomizer. These aerosols are blown out and you breathe them in while relaxing.

Are there any side effects to salt therapy? No. Salt therapy is 100% natural and safe. It is also drug-free therapy.

How quickly will I experience the benefits of salt therapy? Your course of treatment will vary with your condition. Some people report that they feel an improvement in their breathing and skin health after just one session in the salt room but, as with any natural healing remedy, the effects are cumulative and the benefits you feel should increase and last longer with a series of sessions.

Why Salt Therapy? A Brief History

Centuries ago, European monks noticed something interesting: when they treated respiratory ailments in natural salt caverns, their patients health got increasingly better, faster. The monks produced salt dust by grinding salt rocks against each other, which the patients then inhaled. In the 1840s, Dr. Felix Boczkowski, the state authority for occupational health in Poland, saw the same thing was true with salt miners. As the workers were mining the salt (through chiseling, grinding and hammering at the salt), micro-sized salt particles were being disbursed into the air. He had noticed that while coal miners were plagued with all kinds of respiratory problems, salt miners were emerging with pristine lungs and no health complaints. In depth studies on the salt miners began to show, in ideal conditions below the Earth’s surface where air pressure and circulation, humidity and temperature affected the quality of the environment, that by simply breathing in the salt dust particles they rarely had any respiratory issues, and also looked younger due to great skin appearance!

With his findings, Dr. Boczkowski published a book in 1843 about the health benefits of salt dust. His successor, Mstislav Poljakowski, establishing the first salt therapy clinic near Krakow, Poland, which is still in operation today.

During World War II salt mines in Germany were used as bomb shelters. During bombings, soldiers and civilians often had to remain in the mines for extended periods of time, breathing in the salt dust. Upon leaving, many asthmatics were able to breathe much easier. By the 1950s, scientific studies (primarily in the USSR) were proving how effective salt therapy is in treating respiratory ailments. Man-made, above-ground salt rooms provided a controlled environment, and Halotherapy (from “halo,” Greek for salt) became a new option for respiratory treatment.

Jumping ahead to modern day. The first public halotherapy salt chambers opened in the 1960s in Eastern Europe. These initial salt rooms were destination health sanatoriums and respiratory hospitals. As halotherapy grew more popular in the 1980s and 1990s, health and beauty resorts throughout Europe and Scandinavia began to install salt rooms and offer halotherapy as one of their restorative treatments. Today, salt rooms and caves are being established around the world as a way to treat and possibly cure numerous respiratory conditions with a natural, drug free option.